But I never received “pretty” back in primary and secondary school. I often, instead, received “the pretty girls’ friend”. In a family that seldom recognises and appraises one another’s quality, I also don’t receive “pretty” unless I let them know that I feel ugly. Growing up, my mother had always told me about her stories back in high school and university where men would line up for her out of how cute and lovable she was, despite her being quiet and shy. And at the end of her story, I felt wistful. Wistful for not having the same stories. Wistful for not being cute and lovable. Wistful that I wasn’t like her.

Though my world did not revolve around being called “pretty”, “pretty” influenced how much I was allowed to love myself. Because “pretty” never showed up in the years that I needed it most, I never loved myself.

It took me 18 years to finally receive “pretty” in an amount that sufficed my description meter. And that only occurred once I was in a larger society to judge me. But the idea that someone might describe me as “pretty” first-sight remains funny. I don’t think I’m pretty. I’m a bit too unconventional to be “pretty”. And “pretty” belongs to the conventional (which isn’t at all wrong to be). Though there are moments where I truly feel pretty, I like to think that I’m not pretty. Rather, I’m the type that makes people feel something.

Looking back at those who were “pretty” back in high school, I learned one thing that helped me understand the concept of pretty.

Different kinds of “pretty” exist. And in certain places and time, only a few kinds of “pretty” becomes the most sought-out for. You can be pretty in one place at one time, and not in another according to how others think. But one thing that stays constant is that that doesn’t matter. Because regardless of the externalities that may define your pretty, you are a certain kind of pretty, and you will attract those who deem you pretty.

The challenge is to accept your kind of pretty with your standard of pretty, so that you are finally able to love yourself, pretty-wise. 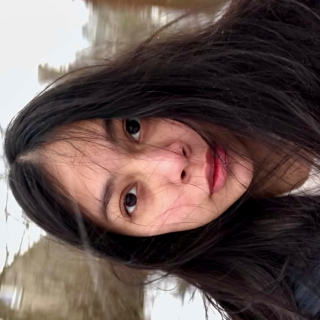